Torture: An Undefined Word In The Pakistani Legal System

Torture: An Undefined Word In The Pakistani Legal System 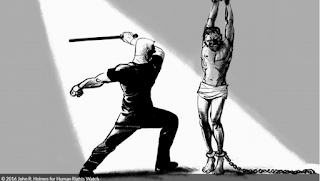 Article 1 of United Nations Convention Against Torture (CAT) defines torture in the following terms:
Interpretation
‘Torture’ is a prohibition under international law. The following are some examples of torture:
International law also prohibits mistreatment that does not meet the definition of torture under CAT either because of less severe physical or mental pain is inflicted or because the necessary purpose of the ill-treatment is not present. Thus, a person should not be subjected to any cruel, inhuman or degrading treatment even if it comes under the following categories: 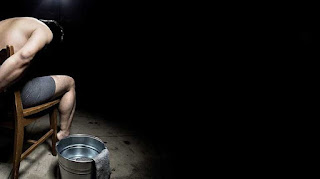 If these practices are intense and prolonged in duration or combined with other measures that result in severe pain or suffering, they come under the ambit of torture.
The prohibition against torture as well as cruel, inhuman or degrading treatment is not limited to acts causing physical pain or injury. It includes acts that cause mental suffering as well for example through threats against family or loved ones. The use of mind-altering drugs to compel a person to provide information would at least amount to inhuman or degrading treatment under the UN Convention Against Torture.
Article 4 states:
Torture in Pakistan’s Criminal Law
Pakistan signed UN Convention Against Torture and other Cruel, Inhuman or Degrading Treatment or Punishment (UNCAT) on April 17, 2008, and the government of Pakistan ratified this on June 23, 2010, with certain reservations. After that, the government was required to submit a report under CAT on July 23.
There is not a single section of Pakistan Penal Code (PPC) regarding the definition of word “torture” and the word “hurt” is used instead. Furthermore, there is no particular law to criminalize torture in Pakistan.
The Constitution of Pakistan 1973 defines “torture” under Article 14(2) which states that,

“No person shall be subjected to torture for the purpose of extracting evidence.”

This article briefly describes that no person shall be subjected to torture and that the dignity of a person is a fundamental right under Article 14. Thus, the Constitution safeguards the right of every individual in inquiring and extracting evidence by police and law enforcement agencies.
Secondly, as discussed earlier, torture has not been defined in the PPC but a single subsection has been incorporated in PPC that covers causing hurt to extort confession as a penal offence punishable for up to 10 years of imprisonment. While this subsectionwas incorporated through the Qisas and Diyat Law in 1990, it has been invoked in very rare cases. Section 337-K of PPC states:

Thirdly, there is a subsection incorporated in Police Order 2002 (PO) regarding torture by the police. Section 156(d) of the Police Order states that,

“Whoever, being a police officer inflicts torture or violence to any person in his custody; shall, for every such offence, on conviction, be punished with imprisonment for a term, which may extend to five years and with fine.”

In Muhammad Amin v. State [1] a case in which police functionaries were charged with, among other offences, causing hurt contrary to the provisions of PPC, as read with section 156 of the Police Order, the Sindh High Court took serious notice of the allegations against the accused who were public functionaries, and that pertained to maltreatment, unlawful confinement and torture of a citizen, which the court held could not be treated as a minor offence, but was to be taken very seriously. Accordingly, a plea of bail, in circumstances where prima facie material was available on record to connect a public functionary with the crime, was rejected and bail applications of the accused functionaries were dismissed in the circumstances. It is pertinent to mention that courts in Pakistan have not been reluctant to hold police functionaries to account for illegal actions.[2]
Fourthly, Section 167 of the Code of Criminal Procedure (CrPC) gives permission to a magistrate to remand an accused person into the custody of police for a maximum of 15 days for further investigation. Similarly, the anti-terrorism court has power under section 21 E of the Anti-Terrorism Act (ATA) to remand a person detained for investigation, to custody for a maximum of 15 days. But in case the investigation officer shows that further evidence may be available, the court may remand the suspect for a maximum of 30 days in custody.
Criminal laws in Pakistan that constitute torture include criminal force, assault, hurt, murder, rape and wrongful restraint or confinement (PPC Sections: 300, 332, 339, 340, 350, 351 and 375). Conspiracy, abetment and attempt to commit these acts are also criminalized.
These four points give us the brief overview of Pakistan’s criminal laws relating to torture and rights given to individuals, security agencies and judiciary under the Constitution, PPC, Police Rules, CrPC and Anti-Terrorism Act.
It is a dilemma of Pakistan’s legal system that a bill on Torture, Custodial Death and Custodial Rape (Prevention and Punishment) Act 2014 was tabled by Treasury MNA, Maiza Hameed in the National Assembly but it did not achieve its required purpose till date. Whereas, on the other hand, the Senate of the Pakistan passed Torture and Custodial Death (Punishment) Act 2014 [3] (TCD) which is still pending approval of the National Assembly.
Recommendations
A specific section and its clauses determining the definition of torture and its various aspects must be inserted in the PPC. The dilemma of our political system is that the delaying tactics used by parliamentarians while passing new laws are damaging our socio-political system. As discussed earlier, the Torture Bill is still in the pipeline in the National Assembly. This strengthens the political will of politicians and businesspersons who used torture for their mean purposes. Thus, we should collectively build a torture-free society by imposing grave and solid punishments on the culprits. Law enforcement agencies should respect the dignity of a person and the judiciary should play an active role in this regard. The reporting of torture-cells by common people is essential these days. By taking all these measures, we can achieve a torture-free society and people can live without any fear.
Conclusion
Thus, it is concluded that it is state’s responsibility to take extensive measures and pass TCD as soon as possible for removing torture from our society and pass requisite laws under Pakistan’s criminal justice system. Political will is a key factor in eliminating torture from our legal system instead of using torture as a political weapon to punish rivals. Politicians should also take part in legislating criminal laws as per the requirements of UN Convention Against Torture. Collective measures should be taken by lawmakers, the judiciary and especially our law enforcement agencies to eliminate torture.
References:
[1] Muhammad Amin v. State [2007 PCrLJ 1303][2] Masood Ahmad Javed v. State [2006 MLD 855][3] http://www.senate.gov.pk/uploads/documents/1423821319_501.pdf

how can we help you?

Contact us at the Consulting WP office nearest to you or submit a business inquiry online.

Are your competitors talking about you in their boardrooms? Can every employee articulate your strategy and are they empowered to execute on it?

Since Consulting WP’s founding in 1985, strategy has been our core business. We work with companies in every industry to develop strategies that deliver results.